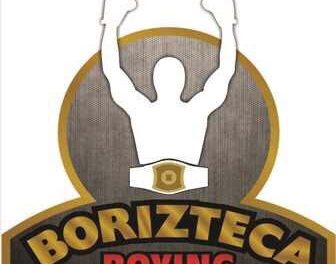 Tijuana, Mexico (Feb 15, 2018) – On Friday night, a fan friendly fight between two exciting Super Flyweights will take place. Dewayne “Easy” Beamon is looking to make some noise in the division by making a statement in this fight. The confident Beamon says he will knockout Angel “Diablito” Ramos. Angel is a tough hard hitting boxer who earned the name “Diablito” or “Little Devil” because he has a come forward style and one punch knockout power. He signed to a contract fight because he believes by beating Beamon, an up and coming fighter, he can get the attention from network TV. Beamon has his sites on fighting the champions of the flyweight division as the division has heated up in the past few years with HBO’s Super Flyweight triple-headers and the rise of former number one fighter Roman “Chocolatito” Gonzalez.

“Our cards every fight night get better and better as more fighters want to fight on our cards, ” said Saul Rios CEO of Borizteca Boxing. Saul believes that by giving fighters exposure to a global audience with Best In Boxing he has increased his visibility within the sport of boxing. “I am contact on a regular basis with promoters to have their fighters fight on our cards and I believe it has something to do with the exposure I am able to give them.”

Also on the card hard hitting Armando Tovar, 19 year Mario “Guero” Ramirez and hot prospect Kevin Torres. “Kevin Torres is something special. The boxing world is going to know Kevin Torres when he is done with his career. He has all the skills to be a world champion and he has the looks and personality to become a super star in the sport.” Saul Rios has all the confidence in the world that his developmental series is going to produce world champion in a few years.

“Working with Saul Rios and Borizteca has been a real blessing as we develop our Best in Boxing series.” Armando Bareño founder of Best in Boxing series has expanded on the series by partnering Borizteca and Best in Boxing with Fight Hub TV. Fight Hub is the largest and most subscribed to digital platform for boxing in the world and second biggest in all of combat sports. Boxing fans and combat sport fans have truly found Fight Hub TV to be a great source of information on their favorite fighters and events. “I’m very happy in joining Global Sports Streaming and Borizteca Boxing in this venture. It’s the perfect opportunity to provide live fights that provide knockouts to our core subscribers and fight fans via our platform. We look forward to this event and others that will see Fight Hub TV move into broadcasting live fights and events in 2018.”

This Friday’s fights kickoff at 7 PM at the Salon Mezzanine in Tijuana, Mexico. Tickets are $10 general admission and $20 for VIP ringside tickets. “Where in the US can you get 13 fights for only $20? We are right over the board from San Diego in a beautiful venue with inexpensive tickets, food and drinks.” Saul Rios said. If you can’t make it to the fights in person the next best thing is watch it online. YouTube.com/FightHub kicks off the night with seven fights and passes off to BestInBoxing.com at 9 PM for five fights including the main event between Dewayne “Easy” Beamon vs Angel “Diablito” Ramos.

For More information on Borizteca Boxing:

www.boriztecaboxing.com or on Social Media: