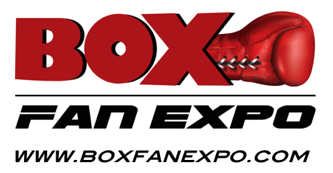 Las Vegas (January 27, 2017) – The Popular Box Fan Expo will have a booth at Saturday nights’ much anticipated rematch between Carl Frampton and Leo Santa Cruz. The Frampton vs Santa Cruz fight is promoted by Ringstar Sports in association with Cyclone Promotions and TGB Promotions. Box Fan Expo will have an opportunity to greet boxing fans and pass out info on next upcoming Expo.

The booth will be located at the Main Concourse at the MGM Grand Garden Arena in Las Vegas, Nevada. We invite Boxing Fans and industry people to stop by and say hello.

Tickets for the Box Fan Expo can be purchased at: https://boxfanexpo.eventbrite.com/

The event allows fans to Meet and Greet Boxing Superstars of today, current and former world champions, Legends of the sport and other boxing Celebrities at their booth. On Site, fans will experience different activities from Autograph Sessions, Photo Sessions, FaceOff with your favorite boxers, as well as a chance to purchase merchandise and memorabilia from their booth, plus so much more… you won’t want to miss this must-attend Expo!Box Fan Expo will also feature top boxing organizations, promoters, ring card girls, famous trainers and commentators as well as boxing gear companies “ALL UNDER ONE ROOF”.

Throughout the next several months leading up to the Event, there will be weekly updates on the many stars that will commit their appearance at the Boxing Expo.

More information on the Box Fan Expo is available at: http://www.BoxFanExpo.com