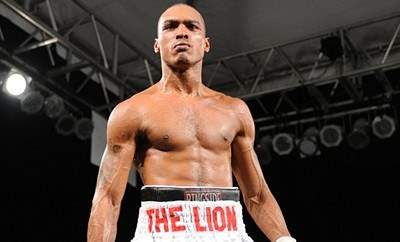 First up was Fryers who won a six round unanimous decision against a very game Dakota Polley on the Terrance Crawford vs Amir Khan PPV undercard at Madison Square Garden. All three judges scored the fight 60-53 for the Clones, Ireland native who now fights out of Yonkers, New York. However, the wide scorecards do not tell the entire story as the pro-Fryers New York crowd made their presence known as both fighters slugged it out in the middle of the ring.

Fryers is developing a large and loyal fanbase, and the Carpenter’s Union Local 157 member is quickly becoming one of New York’s best ticket sellers. The exciting super lightweight is hoping to make a quick return to the ring on a big summer show in the New York/New Jersey area.

“I thought I did good and had a lot of fun in the ring,” said Fryers. “I only had about three weeks’ notice for this fight. GGG is fighting at The Garden on June 8, and I hear Teofimo Lopez may fight for a world title in July. I would love to fight on either show, and I know if given more time and notice, I can sell even more tickets. It will feel and sound like St. Paddy’s Day in the summer.”

Finally, rock solid welterweight Ed “The Lion” Paredes stayed busy this past Saturday in the Dominican Republic with a fourth round TKO over Jose Miguel Torres Perez. Paredes was too strong for the Dominican Perez whose corner stopped the fight to halt the punishment. Paredes, with this tune-up under his belt and reunited with former trainer Jorge Rubio, is ready to make some noise in boxing’s deepest division.

“It felt great to get back in the ring,” said Paredes. “With a full camp underway, I know I can bang with everyone at 147. I hear Victor Ortiz is looking for someone now that Marcos Maidana has retired again. I’m ready Ortiz. Let’s give the fans a can’t miss action fight.”

Interested boxers, trainers, and advisors can contact Vinny Scolpino at (201) 394-5026 or Victor Wainstein at (305) 308-4238 to find out more about Double V Boxing Management and all potential management opportunities.