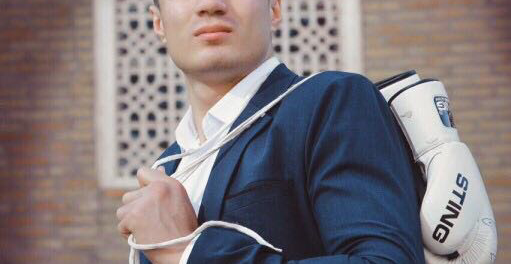 Jalolov, who was the flag-bearer for Uzbekistan for the 2016 Olympics, is a 6’6″ power puncher who participated in approximately 97 amateur bouts, winning 84 by mostly first round knockouts. The 23 year-old is a towering knockout artist who won a myriad of international tournaments including a bronze medal at the 2015 World Championships, and a Gold medal at the 2017 Asian championships. Bakhodir represented Uzbekistan at the 2016 Olympics. He holds wins over many notable prospects from Kazakhstan, Cuba and Europe.

Max Alperovich, the president of Fight Promotions, Inc. commented on the signing: “Bakha is one of the most decorated amateurs in the world and absolutely one of the best super heavyweight prospects in all of boxing. We feel that in one year’s time, he will be ready to fight on the highest levels in boxing. We are very proud to work with a fighter of this caliber.”

“I am very excited about my partnership with Fight Promotions,” said Jalolov. “They are one of the top promoters in boxing. It is my dream to become a World Heavyweight Champion, and I have the right team to help make that dream come true. I’m looking forward to fighting as a professional and challenging the best heavyweights in the world.”

According to Alperovich, Fight Promotions will work in full cooperation with the Amateur Boxing Federation of Uzbekistan. At the request of the Federation, Bakhodir may represent Uzbekistan at the Asian Games and/or 2020 Olympics.