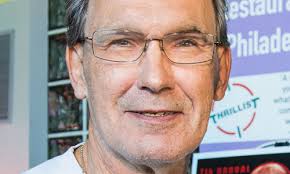 I am sad to report that passing of boxing super-scribe Jack Obermayer, who passed away this morning at his home in Lindenwold, New Jersey at the age of 72.

Obermayer, who covered 3514 professional fight cards in 49 states in over 400 cities and was affectionately known as “KO-JO” was a beloved figure at ringside for 50 years.

Obermayer penned the popular column “KO JO Says”, which chronicled his many road trips to fights an and his love of classic diners.

Obermayer was inducted into the New Jersey and Pennsylvania Boxing Hall of Fame’s. In 2010 he won the Barney Nagler Award for Long and Meritorious Service by the Boxing Writers Association of America.

Services will be held on Thursday, June 30th at The Harmon Funeral Home (571 Forest Avenue in Staten Island, New York).

There will be another email when the time of the service is confirmed.