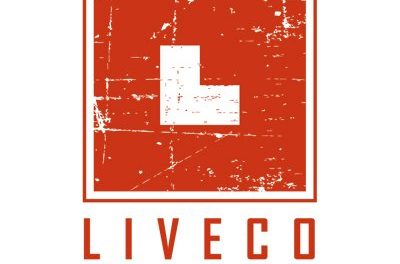 Thousand Palms, California (March 16, 2017) – Undefeated welterweight prospect Custio Clayton has been added to a tremendous night of boxing on Saturday, April 15th at the Cornwall Civic Complex in Cornwall, Ontario, when he takes on Alfredo Chavez in the eight-round co-feature bout.

The event, which is promoted by Liveco Boxing, will feature Cornwall’s own Tony Luis battling Noe Nunez in a 10-round lightweight clash.

Clayton of Montreal, Quebec, was a 2012 Canadian Olympian, and has raced out to an umblemished mark of 10-0 with eight knockouts.

Clayton has faced ambitious competition in his first 10 bouts, which has inlcuded wins over the likes of Eduards Gerasimovs (5-1-1), Ivan Pereyra (20-5), Stanislas Salmon (25-3-2), and in his last bout, Clayton stopped Ramses Agaton (17-4-3) in eight rounds on October 20th in Montreal.

The dangerous Chavez has some quality wins on his resume as he holds victories over Johnny Navarrete (10-0-1), Manolis Plaitis (15-0-1), Rodolfo Ezequiel Martinez (40-7-1), and Alejandro Chavez (5-1). The 31 year-old Chavez is looking to get back in the win column after dropping two straight to undefeated fighters. In his last bout, Chavez was stopped by Jamie Munguia on October 22nd in Tijuana, Mexico.

In a highly-anticipated undercard bout, Akwesasne native son, Ronnie “Rocket” Robidoux (2-0, 2 KOs) looks to keep his perfect professional record intact, facing the rugged Jesus Ortega of Mexico over 4-rounds. Robidoux, who trains in Cornwall under the tutelage of Jorge Luis, looks to add another knockout win to the record after a stunning knockout victory over Donnis Reed in California last month.

Ireland’s “Lethal” Larry Fryers (2-0, 1 KO), now residing in upstate New York, is set to clash against Mexico’s Michel Polina in a 4-round Welterweight bout. Fryers, who seeks to build on last month’s punishing knockout of Rolando Padilla, is one of the most exciting young prospects in boxing. His relentless aggression and fighting style will surely not disappoint.

About Liveco Boxing:
Liveco Boxing is a boxing promoter and event producer founded by Ron Sanderson in 2016 who was looking to bring back a high standard of ethics to the industry. Liveco’s “Fighter First” philosophy makes them the company of choice for professional fighters looking for a hands-on, personal approach to promotion. For more information, visit, www.livecoboxing.com.