Antoine Douglas (18-0-1, 12 KOs) held a media workout at The Enigma Boxing on Tuesday as he prepares for his November 6 bout on SHOWTIME.

Douglas, a world-ranked rising middleweight prospect, will put his undefeated record on the line against veteran Les Sherrington (35-7, 20 KOs) in the main event of the prospect-oriented series ShoBox: The New Generation on Friday, Nov. 6, live on SHOWTIME (10 p.m. ET/PT) from the Downtown Las Vegas Events Center (DLVEC), across from the D Las Vegas in iconic Downtown Las Vegas. 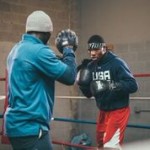 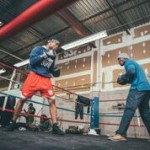 “I know my opponent is a tall southpaw. He likes to fight on the inside and smother his opponents with his punches. It’s a good matchup. I can adjust to any boxer face.

“I’m satisfied with the way that my career has progressed, taking steps up with each opponent along the way. We’re ready to take that next step, more toward a title shot. 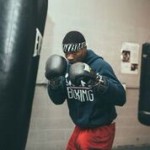 “If all goes well with my fight against Les Sherrington I hope to start fighting on Saturday, make that move from ShoBox to SHOWTIME CHAMPIONSHIP BOXING.

“I see myself fighting for a world title in the near future. There are plenty names in the division that I look at, but only a few guys that hold the titles. I look at Daniel Jacobs and Peter Quillin as guys that I would like to fight. 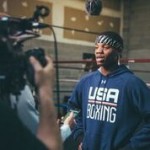 “The Jacobs vs. Quillin fight could go either way. I think I’m leaning more towards Quillin.

“I was born prematurely. Doctors told my family that I wouldn’t be able to walk or see, but look at me now. My mom is always screaming at my fights because she’s so proud of the fact that I’ve overcome so much.

“I grew up with my siblings bouncing around at different foster homes from the age of 5. I was running the streets because I didn’t know any better.

“My cousin adopted us and he first introduced us to boxing.

“Boxing provided me with a family, structure and disciple. It has made me the person I am today and has brought me success so I can live a better life in the future.” 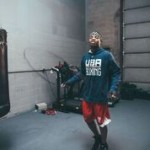 My upbringing in the streets prepared me for my career in the ring. I have already been through the battle and if something was to stop me it would’ve already happened.

“My mom battled addiction when I was younger and she wasn’t in my life. She’s now back in my life and it means a lot to me to have her supporting me with my career. I am also able to provide structure in her life.

“It would mean everything to me to have my mom and I celebrate a world title.”