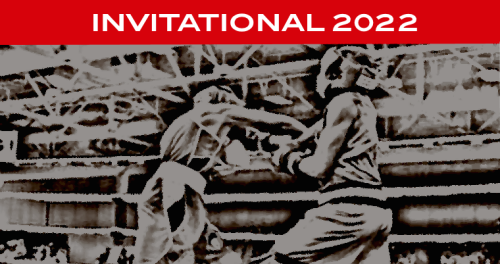 Las Vegas (August 18, 2022) – After a huge success in 2018 and 2019, we are excited to announce the return of the Box Fan Expo Invitational 2022, a USA Boxing amateur show that showcases some of the top-rated fighters in the US. The Invitational will be held during the Box Fan Expo at the Las Vegas Convention Center on Saturday, September 17th on Mexican Independence Day weekend and will also coincide with the mega trilogy fight between Canelo Alvarez vs Gennady Golovkin, that will take place later that evening at the T-Mobile Arena.

The Invitational will start at 11am and will have 16 bouts during the Boxing Expo, so fans can enjoy these great amateur fights as part of their experience at the event. Once again, this year we are looking forward to having some of the top seeded amateur boxers display their skills as they compete in front of family, friends, and the whole boxing industry, including current and former world champions as well as some of the top boxing stars of today.

Several highly-ranked and top fighters from the USA Boxing amateur program will receive a special invitation to take part at the Box Fan Expo Invitational 2022, to compete and have a chance to FACEOFF against the best in their division. http://boxfanexpo.com – @BoxFanExpo

The Box Fan Expo Amateur Invitational has been a huge success for some of the top amateurs in the US, who have participated in previous years, that turned out to be signed with major boxing promoters, such as Micky Scala (Mayweather Promotions), Floyd Diaz (Top Rank), The Barrientes Twins Chavez and Angel (PBC) and the sons of the legend himself Fernando Vargas, Emiliano, Fernando jr. and Amado Vargas (Triller), to name a few…

What’s In It For Amateur Fighters?

Notoriety from top boxing companies present, thousands of boxing fans, media covering the event, as well as some of the top Boxing Celebrities who will be participating at this year’s Expo. In addition, bout winners will take home the Box Fan Expo Invitational 2022 Championship belt that was created to honor our young talented amateur fighters.

Helping a Great Cause

The North Las Vegas Center Ring Boxing was established by the late Joe Banales. Center Ring strategically opened its doors in the City of North Las Vegas as they saw that there was a great need to help kids get off the streets, provide educational programs, empowering them to feel better about themselves and offer them a safe haven.

Center Ring Boxing is a non-profit organization dedicated to providing youth with a constructive alternative to self-defeating behavior through athletic, academics, and community service programs. Their programs include role model mentors and a “giving inner city kids a fighting chance” philosophy that impacts an average of 400 kids each year. The strength and popularity of their programs provide youth with positive opportunities not otherwise afforded to them.

﻿Tickets to the Box Fan Expo are available at Eventbrite –

Box Fan Expo is the ultimate boxing fan experience event, which allows fans to meet the stars of boxing that represent the past, present and future of the sport. With hosted autograph signings, meet-and-greets with current and former boxing world champions, limited edition merchandise for sale, giveaways and more, this is the ultimate event for fans of the sport.

Exhibitors include boxing promoters, gear, apparel, equipment, energy drinks, supplement products, broadcasting media, sanctioning bodies, and other companies who showcase their brand to fans and the boxing industry as a whole.

Throughout the next several weeks leading up to the Event, there will be weekly updates on the many stars that will commit their appearance at the Boxing Expo

Tickets to the Box Fan Expo are available at Eventbrite –

To request information on exhibiting and sponsorship at the Expo: