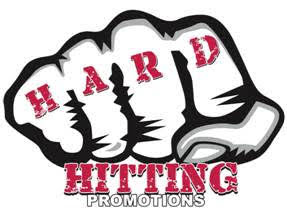 Philadelphia, PA (October 1, 2018) – A terrific night of action is rounding into place as Hard Hitting Promotions presents an eight-bout card THIS Saturday, October 6th at The 2300 Arena.

Rock of Philadelphia, who was the number-one amateur heavyweight in the United States and former Youth Amateur champion, has a record of 12-0 with seven knockouts.

The 22 year-old Rock is a two-year professional who has a 1st round stoppage over Carlos Cotto (8-1-1) on his resume. Rock is coming off a six-round unanimous decision win over Marquis Valentine on July 20th in Sloan, Iowa.

This will be Rock’s 3rd appearance in Philadelphia.

Rodriguez has an impressive mark of 23-5 with 19 knockouts.

The 32 year-old Rodriguez is a n eight-year professional, who has defeated four undefeated fighters. Rodriguez holds a win over Andy Perez, who was 19-2 at the time.

Rodriguez is coming off a loss to Andrey Afonin on May 19th.

In the six-round co-feature, Jeremy Cuevas (10-0, 8 KOs) of Philadelphia will fight Jerome Rodriguez (7-9-3, 2 KOs) of Allentown, PA in a lightweight contest.

Branden Pizarro (11-1, 5 KOs) of Philadelphia will take on 24 fight-veteran Justin Johnson of Pittsburgh in a six-round junior welterweight fight.

Benny Sinakin of Philadelphia makes his pro debut against Alexander Lara in a light heavyweight bout.

Marcel Rivers (6-0, 4 KOs) of Philadelphia takes on an opponent to be named in a welterweight bout.