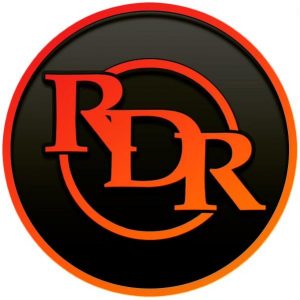 PHILADELPHIA (August 24, 2021)-Former world-title challenger Jesse Hart returns to Philadelphia to take on Mike Guy in an eight-round super middleweight battle that will headline a huge night of boxing that will take place on Friday night, September 17th at the 2300 Arena in Philadelphia.

The special event is promoted by RDR Promotions.

Hart of Philadelphia has a record of 26-3 with 21 knockouts. The 32 year-old has twice battled for the super middleweight championship of the world only to fall just short to Gilberto Ramirez in fights that were decided by just a couple of points.

Guy of Sacramento, California, has a record of 12-6-1 with five knockouts.

Besides Hart-Guy, a loaded undercard has been assembled with an outstanding co-feature that will pit Samuel Teah taking on Larry Fryers in a Junior Welterweight bout scheduled for 10-rounds.

Teah of Philadelphia, has a record of 17-4-1 with seven knockouts. The 34 year-old Teah has been a staple on Nationally-Televised events has wins over O’Shaquie Foster (8-0), David Gonzales (8-0-2), Maynard Allison (9-2) and Kenneth Sims Jr. (13-1-1). Teah is coming off a defeat to highly regarded Brandun Lee on March 10th in Uncasville, Connecticut.

Fryers of Yonkers, New York via Clones, Ireland, has a record of 11-4 with four knockouts.

The 31 year-old Fryers is a five year-professional, who has a win over Charles Natal (9-0-2). In his last bout, Fryers lost talented prospect Xander Zayas on June 12th in Las Vegas.

Muhsin Cason (8-0, 5 KOs) of Las Vegas takes on an opponent to be named in a cruiserweight bout.

Nicholas Sullivan (3-0, 1 KO) of Norfolk, VA will take on an opponent to be named in a lightweight affair.

Brandon O’Callaghan (1-0, 1 KO) of Philadelphia rumbles with Clifford Johnson (0-1) of Ashtabula, Ohio in a middleweight tussle.

Isaiah Johnson (1-0, 1 KO) of Philadelphia takes on Llamar Kelly (0-1) of Lawrence, Massachusetts in a lightweight fight.