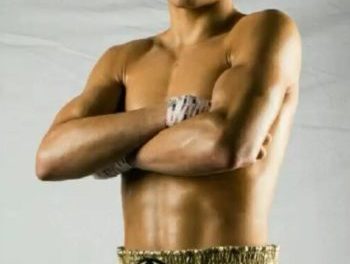 Venegas, 20 years-old of Sacramento, California had an outstanding amateur career that culminated in just missing the 2016 Olympic team.

“I am very excited to have someone like GH3 Promotions help me. I am looking forward to turning professional and get in those television bouts on Showtime,” Venagas.

Venegas started boxing at the age of 12 and comes from a family that has boxing deep in it’s roots. His grandfather was a referee and grandmother was a boxing official. His uncle is a former amateur boxer.

As a youngster, Venegas spent time in foster care before being released to his grandparents. After getting into some scraps in the schoolyard, Venegas’ grandmother took him to the boxing gym and that is where his career was consummated.

When asked about his fighting style, Venegas said, “I like to use my distance but I can adjust to any opponent. I can fight any style and I work very hard.”

Venegas is preparing for his pro debut that will take place on July 22nd and is looking for five fights in each of his first two years.

GH3 Promootions has had success with fighters in smaller weight classes such as Adam Lopez and recent signing LeRoy Davila. Venegas likes that his promoter has taken an interest in the Bantamweight and Super Bantamweight divisions.

“I appreciate that GH3 recognizes the talent of these divisions. I think we have more skills and make much more exciting fights then some of the bigger weights. The guys around these weight classes are very technical as well. My favorite boxer was Erik Morales growing up but I like a lot of fighters and watch a lot of fights so I try to pick up any thing that I can.”

“Keep an eye out for me. I am going to work very hard and showcase my talents when it is fight time.”

Said GH3 Promotions Vito Mielnicki, “Brett has a chance to be an excellent fighter for a long time. He has tremendous ability and he has a great work ethic. I want to keep him very busy and move him at a good pace just like the rest of our stable. We are looking at July 22nd for the pro debut and I look forward to a long and prosperous career for him.”