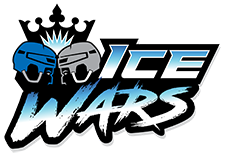 (Danbury, CT, January 21, 2022) – In 2006 Prince George, British Columbia played host to a first of its kind sporting event called ‘The Battle of The Hockey Enforcers’. Over 2,000 fans filled the CN Centre to watch a single night fight tournament of 15 competitors – made up of enforcers from the minor pro and senior hockey leagues. The event was widely considered a success, leaving fans wanting more. A few attempts to revive the event never materialized.

A decade and a half later, the Hockey Enforcers promotional group have partnered with Jimmy and A.J. Galante to become part of the organization. The Galante family were recently the subject of a Netflix documentary spotlighting their now infamous former United Hockey League team, the Danbury Trashers. The documentary has become an instant classic in both the sports and pop culture worlds. AJ Galante, who was just 17 years old when appointed the position of President/GM of the Trashers, is now in the Professional boxing business, and also runs Champs Boxing Club in Danbury. He and his father are now known internationally for creating one of the toughest and most unique hockey teams in history. Aside from putting together two very successful seasons, they are also renowned for their marketing and ‘ahead of their time’ promotion of the ‘Bad Boys of Hockey’.

AJ Galante sees a major opportunity to once again help create something special, “I remember the buzz this event had back in 2006, even here in Danbury. I always love outside the box thinking and unique ideas, and Hockey Enforcers had all that. My father and I are beyond excited to be part of this organization.” Galante stated that the event has been rebranded as ‘Ice Wars’ and the first show is expected to take place in the spring of 2022, “Ice Wars will not be a one and done, we are basically creating a new combat sport. This won’t be the first time I got involved with something from scratch, this will be something new and different, and I believe we can entice more than just hockey fans to tune in. We are willing to take risks and try innovative ideas, and we are looking forward to listening to fans on what’s most important to them. We are a sport, but more importantly, we are entertainment.”

Galante also stated there are a lot of cities in play to host the first ‘Ice Wars’, but a decision has not been made yet by the organization. The organization has also been fielding calls from Pay-Per-View distributors to carry the events. Fans can stay up to date on all Ice Wars social media platforms – Instagram, Twitter, Tik Tok – @iceiswar.