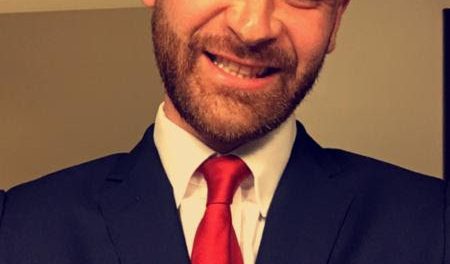 Beverly Hills, Calif. (August 28, 2017) – Shane Shapiro was like most young men growing up. He had dreams and aspirations on become a professional athlete. Baseball was his game of choice, and he was excelling at it. He was a standout on the diamond and in the classroom, and a college scholarship was inevitable. Then just like that, his dreams of being the next catcher for the Dodgers were thwarted, as he was diagnosed with Thyroid Cancer.

Thyroid Cancer is a very rare form of cancer, as it is found 1 in 3 million teenagers every year.

Shapiro who had surgery to remove his Thyroid, and is on medication that he has to take for the rest of his life, realized that his new purpose was to help others realize their own dreams and goals.

While going through this life and death ordeal, one world resonated in Shapiro’s mind. That was word was “Fight”.

“The metaphorical analogy between a cancer fight and a boxing ring is a cliché until you experience it for yourself. If you don’t believe it, ask Daniel Jacobs,’ said Shapiro.

Shapiro, who is from Beverly Hills, California was always a boxing fan, but never imagined himself involved with the sport.

“I had this new perspective on life, that is that if you want something bad enough, you have to be prepared to die for it. To live and work in a world with these stakes with this code…mimicking the truth I had discovered in my fight against cancer. I could not see any alternative.”

In 2013, Shapiro began working with a few local amateur boxers.

“I drove them to local tournaments, did their paperwork, motivated them and started my hands-on style.”

Shapiro then formed his company No Limit Mindset.

In 2014, Shapiro received a tip from a friend, and then Shapiro scouted a 20 year-old fighter named Cem Kilic. Kilic, who is of Turkish decent was living in Germany, who had competed in several international tournaments, and was a national champion.

Shapiro did his due diligence and absorbed as much information as he could on Kilic, and he saw a special fighter. A fighter with heart and hunger, and a No Limit Mindset.

With an obvious language barrier between the two, Shapiro and Kilic spoke about the fighter leaving Germany to pursue his dreams of plying his trade in the United States.

“I got him a VISA without ever meeting him, and he lived with me in my apartment in Sherman Oaks.

“I was an outsider in boxing with no connections, and Cem did not have a trainer. I took him to the Wild Card Gym in Hollywood. 20 Minutes after getting there, Freddie Roach agreed to give us a tryout. The next day, still jet-lagged, Cem sparred and put on a heroic performance, and Freddie agreed to train Cem.”

Shapiro has added three top fighters to the No Limit Mindset stable and they are undefeated middleweight Kalvin Henderson (7-0), and most recent signee lightweight contender Mason Menard (33-2).

Shapiro, who is also working on his business administration degree from Drexel University, is also a certified agent by the National Basketball Association.

“I have been a licensed boxing manager for four years, and I can already see what sets me apart from other managers. My drive for success is relentless. My style is hands on, caring, honest and profound. My fighter’s aren’t just my clients; they are family. Cem for example lives with me-although now he has his own room. I am a ferocious negotiator, and will not accept anything but the best for my fighter’s. I am not interested in short money-I’m building a stable of champions, and not chumps. We work too hard, we’ve overcome to settle for anything less.”