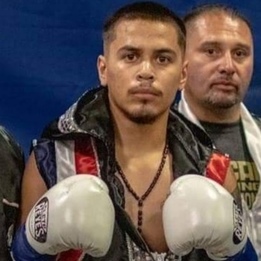 The bouts will be streamed live on www.globalsportsstreaming.com and www.bestinboxing.com

The Quiet, Hard Grinding of Jaimes has paid off. This 20 year-old has earned himself the opportunity to take the next step onto the elite prospect ladder. Manuel and his Trainer Steve Salas have been in non-stop camp since early 2018. He debuted on July 20, of that year in Stockton, and has since built a strong foundation as a disciplined, dedicated, and focused fighter. The young Jaimes looks to bring the 1st of the Coveted Green Belts back to his hometown of Stockton on November 21st.

Jaimes has quality knockout wins over Lorenzo Antonio Juarez (5-0) and his last bout where he destroyed Francisco Rubio (9-1-1) with a highlight reel 5th round stoppage on September 5th in Tijuana.

19 year-old Vazquez (15-0-1, 14 KOs) of Guadalajara, Mexico is a three-year professional, and is coming off his most impressive outing as he took out Russell Fiore (24-2-1) in six-round on September 12th in Mexico.

In a six-round lightweight bout Jose “El Karma” Alvarado (7-0, 4 KOs) of Rosarito, Mexico will take on an opponent to be named.

Alvarado, 22, who is looking to put on an impressive performance, said “I’m always ready for whoever you put In front of me, Soy Mexicano (I am a Mexican).

Rolling hard into the ring will be undefeated super lightweight Wade Jones lll (5-0, 3 KOs) of Stockton Ca. Jones and “Team Nasty” will look to continue sharpening the razor-sharp skills of this young and strong assassin when he takes on Juan Ramon Bernal (8-7-1, 5 KOs) of Tijuana. Jones is coming off his 1st round body smashing knockout over Alberto Guzman Ante on September 5th in Tijuana.

The 23 year-old Sosa is looking to make a statement against a fellow veteran fighter,.

Sosa has wins over fighters Alan Carillo (6-0); Giovanny Gonzalez (6-1), and his last bout when he took out undefeated Angel Beltran Villa (9-0) in seven rounds on June 26th

More fights and Start time will be announced shortly

The fights will be streamed live on the following Platforms