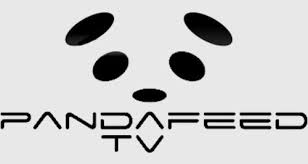 ATLANTIC CITY (JANUARY 19, 2014)–Anthony Caramanno, born and bred in Staten Island, is the only Italian-American to ever win 3 NY Daily News Golden Gloves Championships. After proving his worth in the east coast’s premiere amateur tournament, the 23 year old super-bantamweight is ready to step into the paid ranks, making his pro debut Saturday, January 25th at the Golden Nugget Atlantic City against Bethlehem, Pa’s Michael Varela (0-0).

The fight can be seen LIVE all over the world on www.pandafeed.tv for just $9.99

KO Children’s Malnutrition will be represented by star of the Real Housewives of New Jersey Rosie Pierri.

Affable and humble, Caramanno was kind enough to answer questions about his background an boxing aspirations.

Q. First of can you tell us a little about yourself:

Caramanno: “I have lived on Staten Island my whole life. It’s a tight-knit community and was a great place to grow up. I went to Farrell High School and also studied business at the College of Staten Island. I played other sports like baseball as a kid, but it seemed like everybody else kept growing and I stayed the same size in my early teens. That’s one of the reasons I took up boxing when I was 14, because boxing has weight divisions.”

Q. You mentioned how Staten Island is a tight knit community. How has that helped you in the amateurs and what do you expect that will translate to your pro career.

Caramanno: “I had so much support in the Golden Gloves from friends and family. They were all in the stands making tons of noise and I really think that pushed me and may have even intimidated my opponents a little. I think that will carry over into the pros. I’ve got about 300 people making the trip down to Atlantic City to watch me.”

Q. Who are your favorite fighters to watch.

Caramanno: Floyd Mayweather Jr. is my absolute favorite. I think my style and his are similar. I try to be patient and look for counters like he does. Also, being Italian-American, I gotta show love for Paulie Malinaggi and his slick style.”

Q. Staten Island has a boxing tradition as strong as any of the 5 Boroughs, but despite the talent of guys like Johnny “Thunder” Vanderosa, “Kid” Gary Strak Jr. and Kevin Rooney, SI has never produced a world boxing champion in any weight class. Do you think you will be the first fighter from your home town to reach that pinnacle?

Caramano: ” I hope to, but my good friend 2012 US Olympian Marcus Browne (8-0), 7 KOs) got a head start on me. If he’s the first, with the help of my my father and my father and trainer, Tommy, I will defiantly be the second. I am proud to be a part of Final Forum Promotions . I believe Sal Musumeci will be able to help realize that dream”

In the co-feature, undefeated Heavyweight knockout artist Natu Visinia will take on Jon Bolden of New York City in a scheduled six round bout

Tickets for this outstanding evening of boxing go on sale Friday, January 10th and are $125 for Ringside, $75 for reserved and $50 for general admission. VIP Tables are available and all tickets can be purchased by going to www.ticketmaster.com

Q & A written by Eugene Sirota