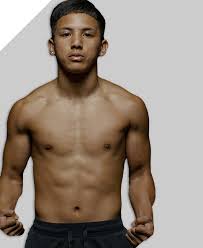 New York (November 13, 2021)–Today at the Honda Center in Anaheim, California, undefeated super bantamweight Asa Stevens is back in action as he takes on Felix Vazquez in a bout scheduled for four-rounds.

The fight can be seen on Golden Boy Fight Night on Facebook, beginning at 6:15 PM ET.

Stevens, who is managed by Split-T Management, will be making his second appearance as he is coming off his pro unanimous decision win over 17-fight veteran Francisco Bonilla on January 2nd.

Stevens, 20 years-old of Waianae, Hawaii is a former World and National Amateur champion.