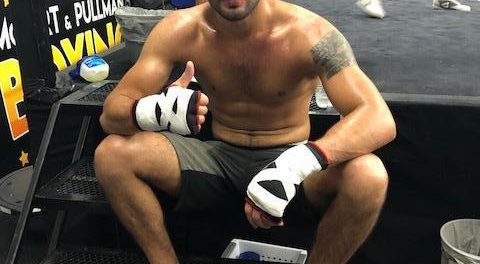 PHILADELPHIA, Penn. / ORANGE, Calif. (July 16, 2018) – Undefeated lightweight Zhora Hamazaryan (9-0, 6 KOs) has been preparing for his battle with fellow undefeated Thomas Mattice that will be part of a ShoBox: the New Generation tripleheader that will take place on Friday, July 20th at The WinnaVegas Casino Hotel in Sloan, Iowa.

The broadcast on SHOWTIME® will begin at 10 p.m. ET/PT (delayed on the west coast).

“Training has been very good so far,” said the 22 year-old Hamazaryan, originally from Gyumri, Armenia, and is now training out of Los Angeles. “I am excited and happy to show my talents on American Television.”

Hamazaryan will be making his second start on American soil, and he has not scouted his undefeated foe.

“I do not know much about Mattice,” said Hamazaryan, who is trained by former lightweight pro Jerry Rosenberg. “I prefer to not look at any tape of my opponents. I look at this as just another fight. I want to get in there, win the fight, take care of business, and move on to the next one.”

Hamazaryan looks to make a big splash, and become a big star in The United States.

“I am going to get this fight out of the way, and on to bigger fights here in the States.”

Hamazaryan is promoted by Banner Promotions and Thompson Boxing.

Tickets for the show, which is promoted by GH3 Promotions, Victory Promotions, Ringside Ticket Inc., Banner Promotions & Thompson Boxing are priced from $10-$60 and can be purchased at winnavegas.com.