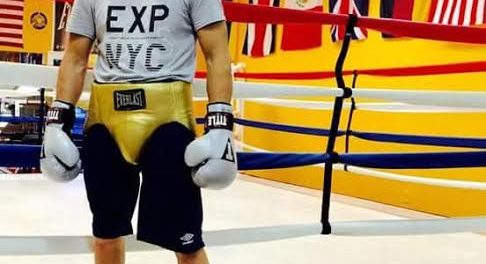 In the main event, unbeaten super welterweight and Olympic Bronze medalist Kanat Islam (20-0, 17 KOs) will take on Colombian brawler Juan De Angel (18-3-1, 17 KOs) in the 10-round main event of Premier Boxing Champions: The Next Round on Bounce TV taking place Sunday, May 8 from Lakeland Events Center in Lakeland, Florida.

Nguyen of Vero Beach, Florida hasn’t had the typical layoff of getting out of shape and thinking about missed opportunities.

Nguyen was cruising along as a heralded prospect at 11-0 before losing a split decision to Gregorio Torres. Nguyen then won six straight before dropping back to back fights to Luis Del Valle and future world title challenger Jayson Velez.

“The first loss was a bad decision. The second loss, I was so winded after five rounds that I don’t know what happened. The third loss to Velez, I also thought that I won that fight. I just think under better circumstances that I would have won those fights. I know a lot of good stuff was said about me on the way up and I still think that I am championship material. I just have not had that opportunity.”

To gain that opportunity, Nguyen turned to the man, who turned him professional twelve years ago in King’s Promotions Marshall Kauffman.

“Marshall is a father figure to me. He trained me in 2004 and twelve years later I am back with him. I have learned the business and now I am with a good promoter. If I would have stayed with Marshall, I would be world champion. I have the skills and Marshall knows boxing. Now that I am back with him, he will get me that opportunity. I live a clean and healthy life and now it is time that I reach my potential as a boxer.”

Also on the card:

Bounce TV is the fastest-growing African-American (AA) network on television and airs on the broadcast signals of local television stations and corresponding cable carriage. The network features a programming mix of original and off-network series, theatrical motion pictures, specials, live sports and more. Bounce TV has grown to be available in more than 93.5 million homes across the United States and 93% of all African American television homes, including all of the top AA television markets. Among the founders of Bounce TV are iconic American figures Martin Luther King, III and Ambassador Andrew Young.